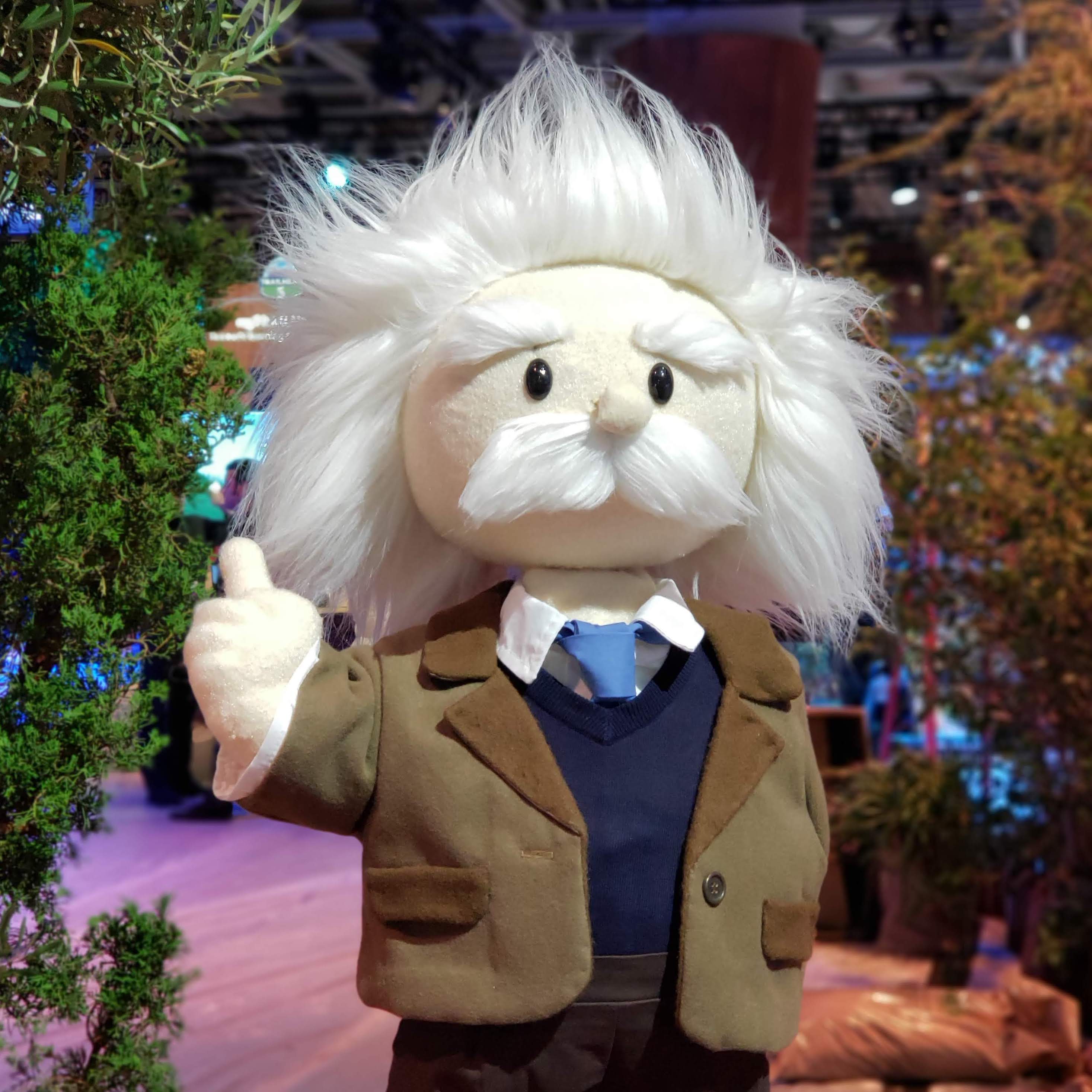 One of the coolest projects we’ve had the opportunity to work on this year was without a doubt the Einstein Voice robot that we built in partnership with our friends at Salesforce. If you attended or followed along with Dreamforce this year you know that Einstein Voice was a very big part of the show for Salesforce and in the lead up to the event, they knew that they needed something special to really highlight what could be done with Einstein Voice and that’s how the project began. How could everyone get wowed at Dreamforce? Our team at Oktana took up to the challenge of making that happen in collaboration with Salesforce.

Salesforce had already played around with the idea of taking a toy Einstein and turning it into a robot but found it to be too difficult to repurpose an already built toy into something that fit their needs. Luckily, our project leads had actually been involved in puppeteering as a hobby and had a hunch that a puppet would be the perfect fit for a project like this. It could be custom made and be designed with movement in mind. After deciding to use a puppet it was time to find someone to build it and that’s when we found FurriFingers from the UK who were able to build Einstein and install the motors he needed for his eyebrows, mustache, and neck to come to life. The team at FurriFingers built the Einstein puppet in the UK and then he was flown to Uruguay to meet our team

Once puppet Einstein was all put together it was finally time to bring him to life! First, we needed to find a way to control the motors which drive the different expressions Einstein can make and for that we opted to use an Arduino. Next, we needed to find something that would both control Einstein’s movement, sending commands to the Arduino, but also listen to voice commands and respond to them as a smart speaker does. For that, the decision was made to use a Raspberry Pi. The pairing of an Arduino and Raspberry Pi allowed us to do everything that was needed while also keeping things small enough to fit inside puppet Einstein. At this point, we paired the tools that our partners at Salesforce had developed for Einstein Voice with new tools built specifically for this project to allow puppet Einstein to understand your requests and get that data for you from your Salesforce instance while looking like he’s thinking and speaking to you.

Finally, Einstein was alive and ready to take the stage! But the long road from the UK to Uruguay and finally to Dreamforce wasn’t over yet because before heading to San Francisco he had a little layover in Hawaii. While there he got to show off his talents in front of a group at a smaller VP level Salesforce conference as a prelude to his bigger performance. Thankfully, everyone liked him so much that they offered him his own stage at Dreamforce! Now he had the chance to strut his stuff every 15 minutes in the Einstein park. Additionally, at Dreamforce, our project lead did a full presentation on this project so if you want to hear even more about how we brought Einstein to life be sure to check that out here.

You might be wondering, what’s Einstein up to now? Right now he’s living with the Einstein Voice team at Salesforce in San Francisco but that doesn’t mean we’ve seen the last of him. So, be on the lookout because he just might show up at the next Salesforce conference you attend.

Members of our team have attended Dreamforce for years. We’re excited to host a booth once again at Dreamforce 2019. This year, stop by the Trailhead Zone where the team...

When you outsource development, nearshore or onshore, you probably wonder about resources and whether they’re going to work well with your internal team. At Oktana, we consider our team to...

Take a Look at Tok

Are you a Salesforce user looking for a way to securely and efficiently stay in contact with everyone within your organization? Then it might be time to take a look...