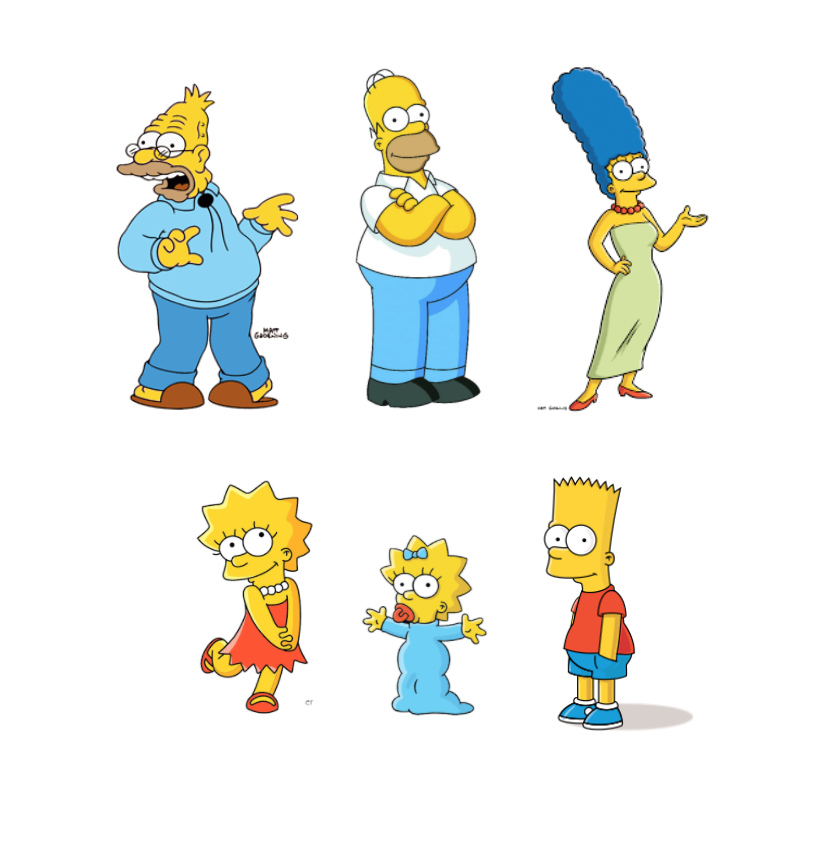 As soon as we start to code, we are taught many best practices, tricks, design patterns, and a huge “etc.” But it’s not until our first gray hair that we start to understand why all those best practices exist and why it’s important to apply them. I wanna write about my experience with legacy code and what worked for me with some examples.

First, let’s discuss what legacy code is, and compare different degrees of code quality with one of the most famous and beloved families ever.

Legacy Code and The Simpsons

When we hear about legacy code, the first thing we think is “old code”. So let’s start our analysis with the oldest member of the family.

Legacy sounds like something “old” that’s with us without us wanting it, just like the Simpsons family and Grandpa. He has aging problems (his memory is gone, he lost a kidney, he’s a little crazy…). He lives in a nursing home and his family tries to avoid him. For sure Grandpa is legacy code and any developer would prefer to resign rather than work on it. Grandpa is probably an old COBOL project the company avoids changing and migrating to newer technologies. The reason? Because it’s going to be really expensive and the entire business depends on it.

He is middle-aged. For some people he is old, for others, he is not (it depends how close in age the reader is). But he is dumb, he makes a lot of mistakes all the time. He drives under the influence, he is lazy and he has no idea what he’s doing at work and a BIG etc. He had some chapters where he tried to improve himself, but he wasn’t able to do it. If he were code, you wouldn’t be pleased to have to change it. I imagine Homer as a 15-year old Java application that is causing a lot of problems, but we are still trying to maintain it because we love it (because everyone loves Homer).

He is really young, 10 years old. He should be a nice kid who helps the elderly cross the street safely, but, he is always instead causing trouble for everyone. Marge needs to keep an eye on him every single second. If Bart is code, he is a React/NodeJs/MongoDB application done by a startup with low budget and limited time to develop an MVP to secure an angel investor. He lacks testing, documentation, and has a lot of tech debt.

Nice, smart, behaves well, never gets into trouble…in a few words, the daughter anyone would love. She tries to improve herself every single second. If Lisa were code, she would have a very good architecture, awesome code quality, comprehensive test suite, cool documentation, and good CI/CD. But there aren’t that many Lisas in the real world.

Finally, Marge, the mom of the family. She is some years younger than Homer. She tries to be good, support her family, and be a good citizen…but she has been in trouble, too. I would say she is the average project we work on. It has parts with good quality, parts with poor quality. Sometimes we make mistakes because of the coding quality and some tech debt that we have created knowing that we are going to pay a tax on it later.

So, what is legacy code?

In “Working Effectively with Legacy Code” (ISBN-9787111466253) Michael C. Feathers defines it as “code without a unit test.” I agree that code without “unit test” is legacy code, but I don’t consider that only having unit tests translates to your code being a modern “Lisa” program. I prefer to consider legacy code anything in which making any change is hard, costly, and risky because the maintainability is not high enough for different reasons that include:

I am pretty sure that while you are reading this, more than one of you is writing legacy code because legacy does not mean “old.”

According to IEEE, maintainability is:

“The ease with which a software system or component can be modified to correct faults, improve performance or other attributes, or adapt to a changing environment.”

So let’s discuss some topics that can make our code more maintainable.

This is a must. We cannot change anything with any degree of trust without having a good automated test suite to support us.

Salesforce has a really good API to help developers with “unit testing” (the tests we mostly write in Salesforce are integration as we are interacting with a database instead of mocking it). Also, Salesforce requires us to have 75% of code coverage over all of the org to be able to promote to production, which is great…but is it enough?

For example, imagine you have this code:

This test passes, 100% code coverage. But another developer calls a new AccountCreator().insertNewAccount('') and the user sees an exception. Chances are the developer who created this class was doing test-driven development (TDD) but didn’t take time to think about the business restrictions (account name cannot be null or empty). There is no test checking that the code is doing this validation.

So having high code coverage is not enough, we have to make sure that we have covered all possible scenarios (happy paths, failures paths, border cases…all of them).

We write code that lives for years and once in a while a person has to make a change. This person won’t be the same person as the one who coded it – even if they share the same ID number, phone number, or Instagram username, the programmer from the future probably has forgotten some aspect of the code. So we need some degree of documentation in our classes.

I wanna discuss the two main types of in-code documentation. First let me show one example:

Let’s try to fix this with some tools:

*doc documentation (ApexDoc in the case of Apex)

A bunch of tools exists that allow us to put some special comments before classes and method declarations which can be parsed to generate documentation automatically. And the good part, you have the documentation in the same place as the code. In ApexDoc, the comment has to start with the /** instead of the regular /* Apex comment block and we have some tags to indicate what we are writing. Here’s an example:

Last topic about this is where the ApexDoc should be present. There are two approaches to this:

The main advantage of putting documentation in public classes and methods is that after we shared our code with the world, changing the contract we defined is not so simple (without breaking other people’s code) so we can be quite sure that the ApexDoc does not become obsolete (yes, we need to maintain the ApexDoc, too).

I prefer to put it everywhere and be sure the comments get updated when there are changes in the methods because private methods are code, too. They deserve respect and we will need to read them anywhere. We need to be kind to the next developer changing this code (especially because the next one could be the ourselves of the future and I don’t want to aggravate them).

So now we have all our methods documented and we can skip reading that long and hard method that the piece of code I am working on calls (we go into details if and only if we need it).

When I started to study computer science, a professor told me that comments are very important.

Well, I completely disagree with that idea in real life.

Code has to be self-descriptive and if we need to put a comment in it, we must be sure there is nothing else we can do to make the code more understandable without the comment. A comment line in the code is a new code line that needs to be maintained and it took development time to put it there. It also cannot be tested, so the chances are the comment ends up saying something that the code is not doing. Read the code carefully and tell me if you could find any discrepancies.

We will tackle how to reduce comment quantity shortly, but first check really good code comments here on Stack Overflow: Best Comments in Source Code You Have Ever Encountered

I really loved this one:

//When I wrote this, only God and I understood what I was doing

This is the last topic I wanna cover today and I will only scratch the surface. In particular, I want to discuss how we can write our code to communicate with other developers in a way that is easier, faster, and clearer. Code should be self-explanatory and we should hide the implementation details until it is not possible to anymore. Ideally, our public method should be written as a declaration of the developer’s intentions and we leave the implementation details (the imperative part) to private methods (but we should not chain many private methods calls as it forces the developer to go forward and backward and is not optimal).

Let’s start with the method I showed you in the last section:

In this method, we find three different parts:

So let’s start with the first part:

This block mainly does two things:

And there are plenty of implementation details.

First, we tackle the invocation of the service. It requires the account name string and returns the parsed JSON object. So, let’s split this other method:

And our main method changes to:

Let’s tackle the second part of the business logic. Before we do this, do not forget to run the complete test suite we have. The business logic iterates over the parsedJson object and selects those that score higher than 5. So we are going to split it into another method which takes parsedJson and returns the List of selected accounts:

And our main method changes to:

Finally, we have the part of the code that returns data. Most of the time this part just returns a value or insert for the database.

One of the most important attributes of the work we do is the maintainability of the code we write. We must ensure we are using all the tools we have to enable this. There are hundreds more topics and tools to cover regarding how to create maintainable code, but everything starts with the three points I covered here:

Don’t forget you are going to spend more time reading the code than actually writing it. So you should take the time necessary to make it easier to read.

Coming back to our friends, we have Maggie:

Maggie is just a baby, she is learning the world. Everything she learns can lead her to become Lisa or Homer, just as the project you are working on right now. So, I hope these recommendations help your project to become Lisa and not Homer (even though we still love him).

If you’ve made it this far, thanks for reading! Also, if want to read more about code, check our latest articles here.

Leadership: How to manage your team the best way

Five tips from our staff to become a great team leader.