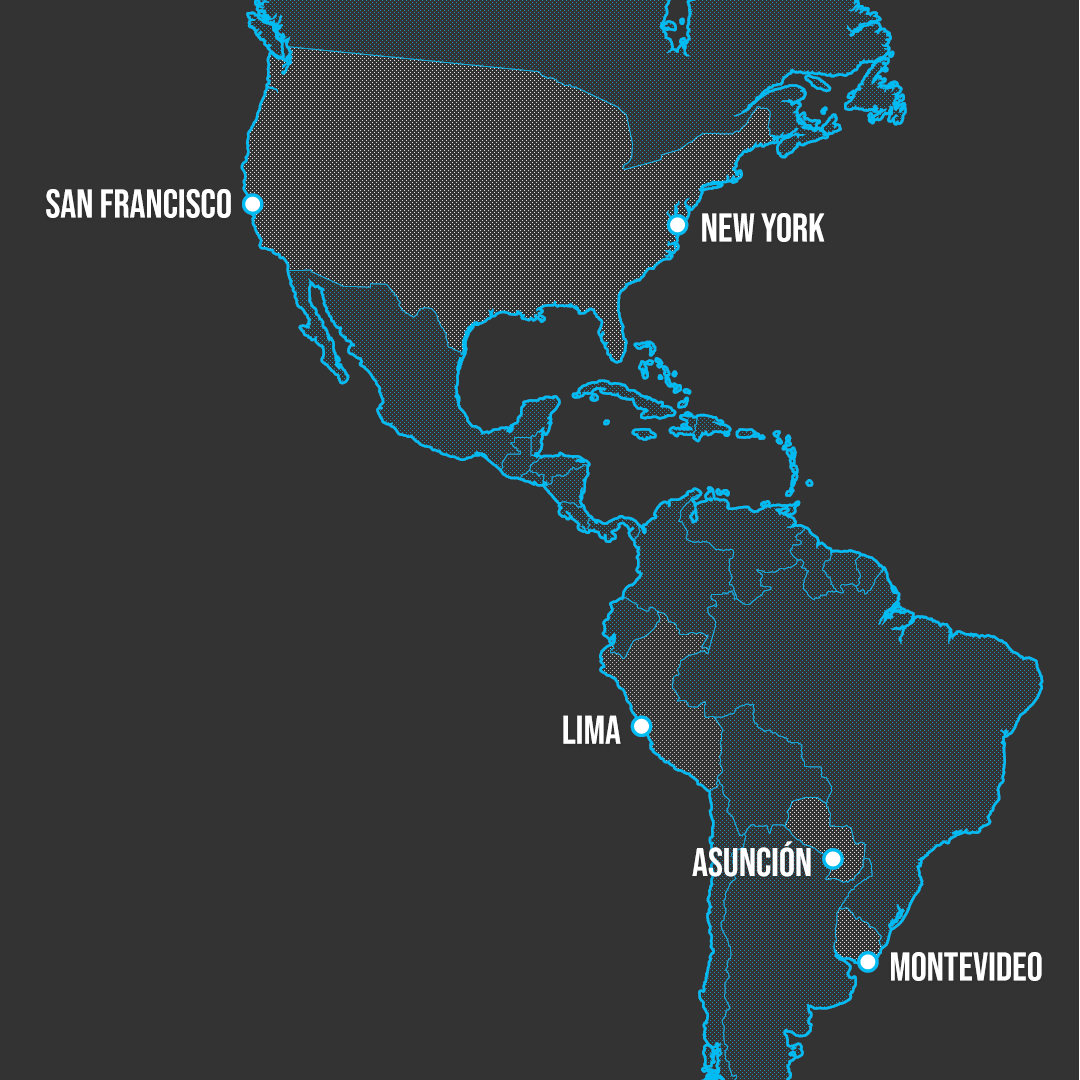 The first half of 2019 has been a period defined by growth and expansion for Oktana.

We are thrilled to report we’ve officially reached a headcount of over 200 developers, testers and designers worldwide. As our family grows, our available skills grow which is exciting for all of our partners.

Our company was founded in Montevideo, Uruguay. Like any technology company, we’re always on the hunt for great talent, encouraging our team to learn new skills to provide additional value to our partners. With that in mind, we expanded into neighboring Paraguay in late 2018, opening an office in the capital, Asunción. Over the past six months, we’ve been able to bring on new team members in Paraguay in a wide variety of roles. The team has become an essential part of the Oktana family.

Why Paraguay? The population is young and entrepreneurial. There has been increased investment by the government in science and technology and several accelerators and other programs have launched to help fuel entrepreneurship. For us, this is the right environment to find developers eager to work on big projects and expand their knowledge.

With offices in New York, San Francisco, Montevideo, and now Asunción, where are we headed next? After the successful expansion into Asunción, we looked for other cities to grow into and found Lima. So, we’re excited to announce our office in Lima, Peru is open and ready for business.

Why Peru? The capital, Lima, has a population of over nine million people, making it one of the largest cities in South America. Because the majority of our customers are based in the United States, it’s important for us to ensure our team schedules align with US timezones and work hours to enable collaboration. Like Paraguay, Peru’s workday naturally overlaps with the US workday. Peru is a growing and stable country, so we’re confident it’s a place we will be able to continue to grow.

As we continue to expand, it’s important to ensure our Oktana family feels connected regardless of location so we’re increasingly focused on building our company culture and communication between offices. As the year progresses, we may reach out to you, as our partners, to share your story so each developer is able to better understand the projects keeping their colleagues up at night.

Salesforce Classic vs Lightning: More than a pretty interface

Lightning offers a new and improved interface with additional features

Learn all about the Salesforce ADM Administrator Certification

Get started with Salesforce Platform Developer I Certification

Empower your Salesforce career with this certification.